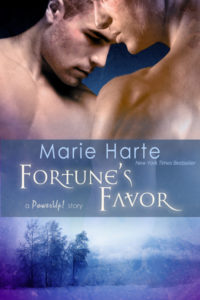 Nathan Kraft needs more than the life he’s currently living. Once an agent for the Psychic Warfare Program, he’s now reduced to helping civilians get in shape at the PowerUp! gym, where his buddies and he continue to train their minds in secret. He’s always up for some excitement, in the form of a job or a man, but lately he’s getting neither. Then he’s assigned a job, one like he used to do for the government, except this job involves his past.

Avery Holton has butted heads with Nathan since they first met a year ago when he joined the staff of the PowerUp! gym. Nathan gets impressions from touching objects. Avery sees the future. Nathan is fun, loves men, and craves adventure like a drug. Avery likes discipline, is quiet but not closeted about his bisexuality, and does the job like a professional, a carryover from his days in the Marine Corps. Thrust together on a mission that links to Nathan’s childhood, the pair will have to learn to trust each other. It will take all their psychic skills and an acceptance of their growing love to defeat an evil out to get Nathan and everyone he loves…before it’s too late.

Avery dumped the body he’d been carrying onto one of the beds and rotated his shoulder. With any luck, no one had followed them back to the hotel, and come the morning, tonight would be a forgotten episode. With as much alcohol as the idiot on the bed had consumed, he’d be lucky to survive a massive hangover when he woke.

And speaking of headaches… Avery massaged his temples, overdue for a good night’s sleep. He took advantage of the quiet while he could. After locking the door, he stripped down to his Skivvies, slid under the covers of the unoccupied queen bed, and closed his eyes.

He opened them again — three hours later, according to the clock — and stared up at a bleary-eyed, aggravated, six-foot-three mess of trouble.

“You do that again, and I’ll kick your ass back to Oregon.”

“Oh, good. You’re awake.” Avery promptly closed his eyes, wanting a few more hours of sleep. Cleaning up after Nathan was getting old. Not that his new partner didn’t have a reason for his benders and lashes of temper. Finding out one’s mother had recently passed away could make the best of men emotional. God knew what he’d do if his own mother died.

Avery didn’t budge, even when a heavy weight settled over his midsection and a large hand wrapped around his throat. He and Nathan were mostly evenly matched. Both were near the same height, had psychic abilities, and were muscled to the max, thanks to the exercises they were forced to do to remain sane. So any bouts on the mats should have ended evenly between them. Except Nathan didn’t have Avery’s skill at hand-to-hand combat. And the sore loser knew it.

Avery sighed and opened his eyes. Despite Nathan’s stubble and bloodshot eyes, no one could claim he’d lost his looks. He never hurt for companionship, and Avery grudgingly saw why. Sexy and charming, Nathan Kraft invited smiles wherever he went. But lately, instead of his trademark charisma, grief clouded his mossy green eyes.

A hank of sandy brown hair fell over his forehead and blocked his gaze. That made it easier for Avery to do what needed to be done. Christ, seeing Nathan’s grief up close choked him up, and he didn’t like his susceptibility to the master manipulator.

Avery forced himself to remain calm and unaffected. “What do you want now? Want me to rock you back to sleep after saving you…again?”

Nathan shook the hair from his face and growled, “I didn’t need saving. I was about to get blown by a cute blond football player before you interrupted — again. I don’t need a nursemaid.” He squeezed Avery’s neck.

“Okay, that’s it.” He sat up and shoved Nathan to the floor. “You don’t need a nursemaid? Great. I don’t need to yank you back on track night after night.” He paused, experiencing that familiar muck of emotion in his gut when he looked down at Nathan. “I’m sorry your mom died.”

“Biologically, maybe. But she was my aunt.” Nathan’s voice broke, and Avery clenched his jaw not to respond. “My fucking mother, pretending to be my aunt. And now she’s dead, because Malcolm isn’t.”

Avery, a clairvoyant, had foreseen Nathan’s loss and knew he had to help. He’d envisioned them together, tracking down the stolen blade Malcolm Dixon had used to murder Nathan’s aunt — mother. What a fucked-up situation. Family skeletons falling out of the closet left and right.

He empathized with the guy. Though he wouldn’t classify them as friends, exactly, Avery had a heart. Nathan annoyed him to no end with his pranks, teasing, and irresponsible behavior. They seemed to get along as well as cats and dogs and made excellent sparring partners. Annoyance should have been the end to Avery’s feelings toward Nathan Kraft.

Instead, every time they had dealings, Avery lusted after the jackass with every fiber of his being. It made no sense. Though he was open to sex with men or women, Nathan wasn’t his type.

Regardless of his personal feelings, his professional instincts told him Nathan needed protection more than he needed to be searching for a killer. His partner had too much invested in the outcome. Nathan was still grieving, and his vulnerability made him a target for an enemy that needed serious watching.

Avery should have tried harder to convince their boss to keep Nathan at home. Back in Bend, Oregon, Nathan would have been working at the PowerUp! gym like the rest of the ex-agents of the government’s now defunct Psychic Warfare Program, PWP. The gym allowed them the ability to work out, alleviating the buildup of toxic hormones within their genetically altered bodies. With the constant exercise and mental workouts they did in the other gym — the one below the public one that only their team knew about, they kept themselves safe and sane.

He looked down at Nathan still sitting on the floor. “We’ll find Malcolm. Your uncle might be able to stay one step ahead of the law, but he can’t hide from us. I’ve already seen a piece of his future.”

Nathan shook his head. “Yeah, in Bloomville, PA. But you don’t know when he’ll be there. I want the fucker dead like yesterday.”

Nathan’s haunted expression irritated him, because Avery wanted to soothe his hurt. That damn flutter in the pit of his stomach flared again. What the hell was it about this guy that got to him like no one had in a long time? Hell, try in forever.

“Why are you looking at me like that?” Nathan scowled.

“Like what?” Damn. He sounded like his throat had been raked over gravel. He raised a knee to hide his growing arousal. God forbid Nathan see that. He’d never hear the end of it.

“I’d think you want a fuck, but that’s not your style, is it, big man?” Nathan sneered. “You’re as straight as an arrow. If it’s not missionary, I doubt you’re game.”

He’d love the chance to screw Nathan out of his system and prove him wrong, but one of them had to remain in control and professional. Avery realized Nathan needed to lash out to deal with the upheaval in his life. But Christ, could the guy be any more appealing — annoying?

He counted to ten in his head before responding. “My sex life has nothing to do with you being a prick. Now try to behave like the agent I know you were trained to be, and –”

“And nothing. The PWP is dead, Major Holton. It has been for over a year now. So quit playing by their rules. I can’t believe Jack stuck me with you for this case. We’re never going to find Malcolm if you keep coloring inside the lines.”

Avery ignored most of Nathan’s mutterings, zeroing in on the fact that Nathan had checked up on him. Though he and the rest of the ex-PWP agents had been working together for the past year, he hadn’t met but a few of them before the PWP had been shut down.

He raised a brow. “Curious about me, Kraft?”

There were so many ways Avery wanted to respond to that, but now wasn’t the time. He cleared his throat. “That brings up a good point, though. We’re paired together on an actual job. This isn’t another training session, where I beat the shit out of you then you whine about it to Jack later. We have real work to do.” He ignored the obscene gesture waved his way and continued. “If we don’t have trust, this isn’t going to work.” 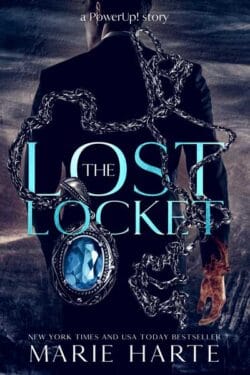 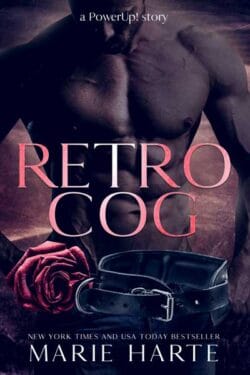