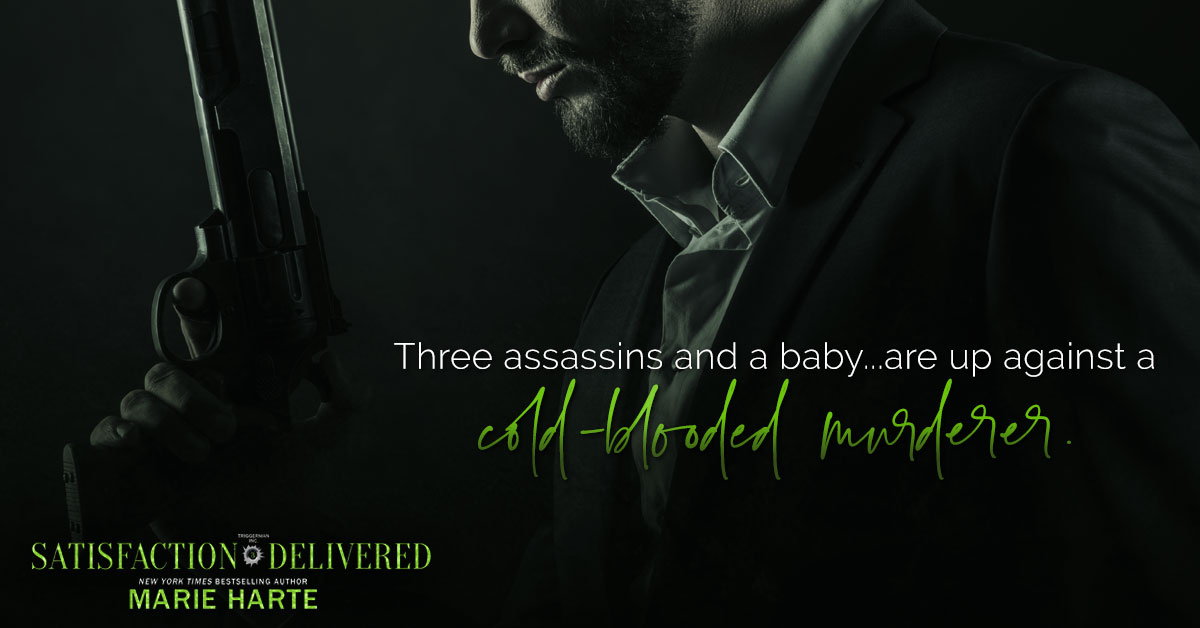 He walked down the shadowed alley and entered the abandoned warehouse around the back. Violet wouldn’t wait long, but he had a feeling she’d wait for him. He’d left enough clues at her various stops that she had to know he was after her.

“Yo, Violet. It’s me. We need to talk.” He stopped by the last two men she’d taken care of, noticing the clean kills, and grunted. “Not bad. Now quit playing around. Answer my questions and I’m out of here.” Nothing but silence, but he felt her presence keenly. “Then you can go back to lying and deceiving other people who care about you.” There. That should do it.

A soft sound behind him had him turning slowly. He faced Violet’s cold eyes and stared down the barrel of a Heckler & Koch MP5SD, because of course Nurse Ratched would have a silenced submachine gun.

She snorted. “Please. I took this off one of these idiots. I prefer knives.” She bared her teeth at him in some semblance of a smile.

Asshole that he was, he started to get turned on. From the first, he’d been attracted to her, and that was when he’d thought she was nothing more than a nurse hired by his handler. She’d been funny and sarcastic, built on lean lines, strong and sexy with all the curves that appealed to a man like him. Destroyer crushed softness. He could handle tough, no-holds-barred strength in any form.

But the lies… He understood the need for them in his occupation. But some lines one didn’t cross.

“Of course you prefer knives. And needles.” He huffed in disgust. “A tool for those too weak to stomach real wetwork.” He gave her a dismissive onceover and wanted to laugh at the scowl she sent him.

“That needle seemed to go through that thick neck of yours, didn’t it?” She took a step closer.

That’s it, sweetheart. Come to me. One step at a time until I get my hands around your pretty neck.

“Don’t think I’m stupid, Hammer.” She scoffed. “I’m not getting close enough for you to disarm me. I wasn’t born yesterday.”

He didn’t like her using his name. Hammer was a name his friends and family called him. Nearly getting them shot had lost her the right to be close. “Why? What’s your play in all this?”

A hint of his frustration must have leaked through, because he saw her soften a fraction.

“You don’t understand. This isn’t about you, Noel, or Deacon.” His fellow assassins, Ice and Shadow. “It’s about that baby and the man who wants you all dead.”

She considered him. The weapon seemed to lower, though she continued to point it at him.

“Look,” he tried. “I’ll share what I know if you do the same. I don’t want you.” Was it his imagination, or did something flicker in her eyes? “I want the person or persons who keep targeting us and the baby. You could give a shit about us. I get that. But the kid is innocent.”

She blew out a breath. “I know that.”

“Then talk.” He shifted his gaze over her shoulder and widened his eyes.

A piece of concrete fell behind her, and when she turned to confront danger, he was on her.