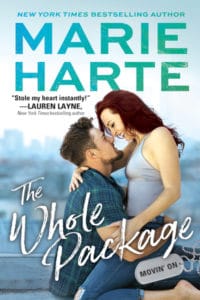 “This is a strong series start that will have fans of mega-alphas eager for more.”  Publisher’s Weekly

Always the caretaker, former Marine Reid Griffith wants to help his brother adjust to civilian life…and help other former servicemen. What better way to utilize their brawn, discipline, and charm than a moving company that hires veterans? But although Reid prides himself on being strategic, he certainly doesn’t plan to fall in the spotlight of one brilliant—and beautiful—PR whiz…

PR expert Naomi Starr is determined to bring Vets on the Go! into the spotlight. But when she meets Reid, it might mean breaking her rule to never mix business with pleasure. Especially once she discovers that underneath Reid’s sexy rough-and-tumble exterior is a vulnerable man who just might need what she’s got to give. 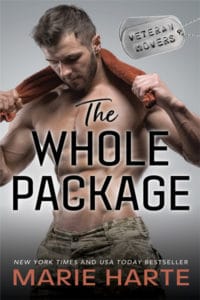 At the end of the day, Reid found Cash arguing with three of their employees, including their new hire, Jordan, in the warehouse downstairs. The large space housed their trucks and moving supplies. They shared the downstairs with a bakery chain, which stored its trucks on the other side of the barricade. But Reid knew Vets on the Go! could easily add a few more vans and still have room to spare.

As always, when vets from different parts of the military mixed, the age-old debate of which military service was superior started. As if the discussion ever needed to happen. Everyone knew the Marines to be the best of the best.

He lounged against the wall as Jordan tore into his brother. Reid wasn’t sure how he felt about hiring Jordan as a mover yet. He knew looks were deceiving, but next to his brother, she looked downright tiny. The company was an equal opportunity employer, and she had an exemplary military record. Just because she didn’t look like she could lift five hundred pounds didn’t mean she couldn’t bench her weight. Finley and Martin weren’t overly muscular and still did their fair share. He tried ignoring any sense of gallantry and forced himself to acknowledge Jordan had the right to pass or fail on her own, without his bias. Too bad Cash wouldn’t see it the same way.

“I think you’re scared of someone who can outthink you is all,” Jordan was saying. “Not your fault you’re a big, burly Marine with a tiny brain.”

Reid rolled his eyes as his brother started flexing. Because that started Hector and Lafayette posing. Then Jordan shocked the group by shrugging off her windbreaker to showcase toned muscles under her own short-sleeved shirt.

“Well, day-um,” Hector said on a laugh. “Little Army’s got her own set of ammo.”

“Told you.” She smirked at the group, and Reid liked her for the team. She fit, like a piece of their growing puzzle.

He watched the group, not surprised to see everyone gravitate around Cash. It had nothing to do with Cash owning part of the business and everything to do with his natural ability to lead. No matter how much experience others possessed, the guys in the units they’d been with in the Marines had always looked to Cash for what to do. The man would lead a squad out of danger, know where and when to attack. Cash was the go-to for getting things done…especially if that meant working under the radar, not following the rules.

It sometimes made being in the same room with him tough because Reid felt like that proverbial wallflower at the dance, overshadowed by his prettier debutante of a brother. And just thinking that made him want to laugh.

As the gang continued to try to out-flex each other, the mood easy and fun among them, Reid decided to make his presence known. He clapped, and they all froze.

Jordan quickly put her arms down and flushed.

“Shut up,” she muttered.

Reid walked over to them. “You guys did great today. We’re back on track since Jordan helped with the last job. Good work,” he told her.

“Yeah, don’t.” Reid grimaced. “I worked for a living.” He’d been enlisted, not an officer, though not for lack of opportunity, something he’d never shared with Cash. “So, Jordan, you’re on probation while we see how you fit with the team. Cash will make sure you learn what you need to know to start. And like we went over in the office, paychecks come the first and fifteenth, just like the service.”

“Yeah.” Lafayette nodded. “It helps. Yo, Reid, so what was up with the looker in the office this morning?”

“You mean Naomi Starr of Starr PR?” he asked.

“Jesus, is he housebroken at least?” Jordan asked the twins, thumbing at Cash over her shoulder.

Cash shrugged. “PR? Do we really need to hire someone for that?”

“Probably yeah, due to all the business you’re picking up from that spot on television,” Jordan said. “The Starr woman looked classy. Was she smart?”

“Yes,” Reid answered. And sexy and someone who’d shot his latent libido into the stratosphere. He’d had to put on his disinterested, serious face when dealing with her so she wouldn’t realize how badly he’d wanted to bend her over the desk. That was more Cash’s style. Not exactly sophisticated or professional.

“Not quite.” Though they’d gotten a call from another television station requesting an interview. He needed to know how to handle it.

Naomi had said all the right things and come at just the right time. Finding someone to help with marketing had been on his long to-do list for some time. This thing with Cash and Hector had sped up the timeline.

“I have to talk to Evan. You guys should go home for the day. We just added six more confirmed jobs that want in as soon as we can get to them. Jordan, are you good to come back tomorrow at six?”

She blinked. “In the morning?”

“Great. Cash, set her up with a few shirts and give her the schedule. I think we have something that can fit her.”

Jordan beamed. Reid saw Cash and Hector noticing her with more than platonic interest, cleared his throat, then gave them a knowing look. Lafayette put his brother in a headlock and walked him away, leaving Cash and Reid alone with Jordan. Cash tried to ignore him.

“I’ll be right back,” Cash said to Jordan.

“Ohhh, I can’t wait,” she deadpanned, and Reid had to laugh.

Well away from the woman, Reid dragged his brother close and whispered, “She’s a teammate. Not a possible conquest. Stay out of her pants.”

“Please. I’m not thinking that at all.”

“Yeah?” Reid knew his brother. Cash liked women. A little too much. He never went where he wasn’t invited, but Reid knew they’d have to be careful about stepping over any lines, especially since they were now the boss. It was a lot like being back in the military where fraternization was a huge no-no. “Well, then keep not thinking it. Jordan is clearly capable. Take her through her paces, and make sure she’s a good fit. I like that she’s not afraid of you. But let’s hope she still understands a command structure.”

“Hey,” Cash whispered back, affronted, “I didn’t want to hire her. You made me.”

“Bullshit.” Kind of. “It helps to have a woman on the team. She’s a fellow vet, and she looks damn good on paper. See how she works out—not in bed but on the job.”

“I should be saying the same thing to you. I saw you eye-fucking that redhead earlier.”

“I was not.” He hoped he hadn’t been obvious about checking her out. 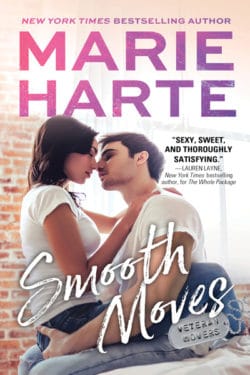 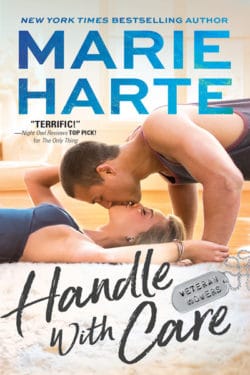 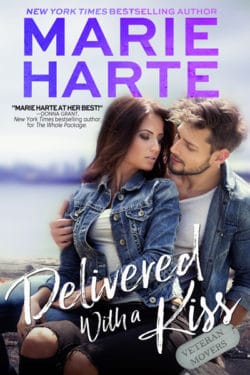