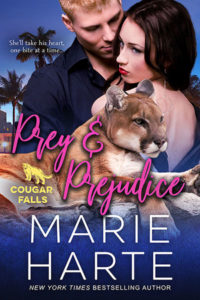 She’ll take his heart—one bite at a time.

Now that the political nightmare over leadership is over, Miles Berman can’t wait to settle back in Miami and focus on his million-dollar businesses. Problem is, everyone somehow thinks he’s the new pride leader—a position he doesn’t want. At. All.

Worse, Zoe Castille has roared into town, hell-bent on rattling more than a few cages. She wants control of the pride, which includes Miles at her beck and call. But Miles doesn’t bow to anyone. Not even a woman whose painted-on denims turn his brain clear off.

No one plays Zoe, in or out of the bedroom, but she’s confident she can show the arrogant playboy who’s boss. He wears clothes with labels she can’t pronounce, has women flaunting themselves at him, and grates on her last nerve. Yet she can’t stop thinking about him.

She soon realizes that to get what she wants, she might have to give in a little. Then Miles shows her the pleasures of relinquishing control.

Zoe stretched out, rolling her shoulders and easing her joints as she dragged her claws down a thick Gumbo-limbo tree. Pleased to add her scent to the myriad smells of cat around the area, she yawned and trotted over the roots and vines crawling over the ground.

God, it had been so long since she’d been home. Africa was wonderful—if you could overlook the snotty attitude of the bigger cats. Mountain lions weren’t the same as African lions, and the big bastards had been pretty clear on reminding her of their differences. The females in particular could be pretty haughty. But Zoe hadn’t cared, too busy learning how they interacted. Watching the females handle the males, seeing how they fought by using their claws and jaws to do maximum damage.

As a Florida panther—not cougar, mountain lion or puma, thank you very much—she had powerful legs. She used bursts of speed and her natural strength to take down much larger prey. Though she couldn’t roar like the bigger cats, she could hiss, screech and growl. Sounds she found threatening enough in combination with her lethal brawling skills.

Of course, taunting males with her fine body and distracting them while she categorized weaknesses came in handy too. She snorted and ignored a gator that snapped at her before it slid back into the water. Men thought mostly with their dicks. Unfortunate, but true. While they stared at her breasts and her ass, she studied them, looking for vulnerabilities.

Taking over for Quince wouldn’t be too much of a challenge, not from him at least. Like the South American and Asian cats she’d met, the Miami pride would balk at female leadership. But the African lions had proven that strong female rule could prevail. It helped that the male lions had been too lazy to do too much infighting. Typical.

She trotted down a familiar path she hadn’t taken in years. The pride kept the trails out here cleared, then wove paths into the dirt by familiar panther feet.

She yawned again, jet lag setting in, and decided to take a nap while the sun beat down on her and the wind kissed her fur. Trotting around the bend, she looked for the large fallen cypress that led to a larger mass of trees, only to find the dead tree gone. In its place, however, she noted a grassy plot overlooking part of the marsh.

The sun illuminated the area, spotlighting perfection. She purred with pleasure and walked to the tiny clearing. After circling and testing the area with her paws and claws, she curled into a ball under the sun and basked in its warmth.

She let herself go and felt more rested and at home than she’d been in a very long time.

She dreamed about running with tigers, battling lions and making love to a jaguar who knew how to use his tongue for maximum pleasure. She sighed and rubbed her cheek against the grass, the blessed scent of earth calming her further.

A cool breeze ruffled the warm September air, and she sniffed again, still more asleep than awake and trying to catch a tantalizing smell in the air. Warm, musky… Male?

She blinked and raised her head, only to find herself staring at a huge golden panther. He was bigger than most, a good eight feet from the tip of his nose to his tail. And by the look of him, he had to weigh close to two hundred pounds. A mountain of a mountain lion, she thought with whimsy.

“Who are you?” he asked, his question full of authority.

“I might ask the same.” She rose slowly and stretched, conscious he had yet to blink. She sat and began grooming, not concerned in the slightest that he might make a move she couldn’t counter.

“Not from around here. I’ve met everyone else. You’re new.” He walked right up to her, ignoring her subtle warnings—the swish of her tail and narrowing eyes. Then, to add insult to injury, he shoved his nose at her and sniffed.

“Excuse me?” Rude, even for Miami cat standards.

He rumbled from deep in his chest, and she was again taken by the beauty of his golden coat. Many panthers had shades of red or gray in their fur, but this cat looked impossibly blond. Very, very handsome, and he had the mien of a cat who knew it.

“You smell good.” He licked her cheek…without asking. “Taste good too.”

“Who the hell are you?” she growled, one heartbeat away from gouging some good manners into his forehead.

The obnoxious male stepped back and sat on his haunches, resembling a sphinx with his knowing gaze and shit-eating grin. “Yeah, you smell sweet. Welcome home. Candace.”

Only one cat had ever had the nerve to call her by her hated given name. She still had a bone to pick with her mother for giving her that moniker. “Miles Bermin. I should have known.”

Trust Miles to walk right up to an unknown cat like he was king of the castle. But God. He sure had filled out in the last seventeen years. His animal spirit glowed in the gorgeous panther—the definition of strength and power wrapped up in a feline frame. His eyes could have been fragments of jade, so light and cool as they regarded her. So shiny and pretty.

“You call me Candy once more, and I’ll rip your tail off,” she said with a smile. To emphasize her point, she walked around him with her claws out and grazed his flank with a sharp nail, hard enough to draw blood. It just figured the first cat to give her any crap would turn out to be Miles Bermin.

He tensed but didn’t otherwise move. Nor did he turn his head to follow her. “Oh yeah. You still have bite. Well, Zoe, what the hell are you doing home? Back for a visit, I presume?”

“Um, I live here?” She circled and sat facing him, nose to nose, assuming the same pose he did. It gave her a rush to see his intense focus on her, because she hadn’t mistaken his interest. He watched her the way a male studied a potential sexual partner. She recognized the scent of lust in the air.

“You used to live here. Last we heard, you and Esmie were floating around the world, decimating clans and prides one continent at a time.”

She grinned. “There is that. Mama is a real hell-raiser.”

“And then there’s you.” He opened his mouth, taking her scent deeper as he tasted her on the air. She found the gesture incredibly arousing.

“You liked to stir things even as a kid. And you’re no longer a juvenile.”

“Nope.” She studied him, wondering how he’d take the truth. “I’m back for good.”

“Yep. Me and Mama would have come back sooner, but we had work to do. Then Quince warned us to keep away until he dealt with Lex. Now we’re back, and I’m ready to take over.”

So cute, that big-ass panther looking confused and condescending. She’d never seen anyone able to put down another with such class. “Yes, sweet cheeks. I’m back to take over the pride. Quince doesn’t want to lead, and from what I gather, there’s no one else to take the job. I’ve spent years traveling the world, learning. And I’m here to help.”

“You said that already,” she teased. “Don’t worry. I promise not to kick you out of the pride for being an obnoxious jerk. You are Quince’s friend, after all.”

Miles just stared at her.

“You can’t take over for Quince.”

Bring it, GQ. “Why? Because I’m female? Let me tell you something. We women are more dangerous than you idiot men. We think with more than our dicks—and thank God we don’t have those. Besides, I’ve been planning this for some time.” Especially after hearing how you guys have been more concerned with wealth than appreciating life and embracing your felines.

“That’s wonderful, honey.” So condescending. “But Quince isn’t pride leader.” His smirk warned her she wasn’t going to like hearing this.

The final battle. One cat to rule them all…or at least, one tiny bikini to rule them all. Beware felines in the Miami heat, and never trust a raptor to do a panther’s job. 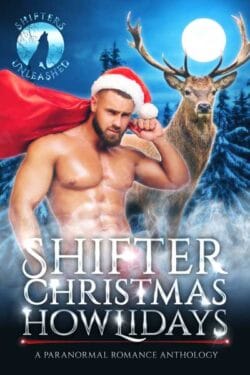