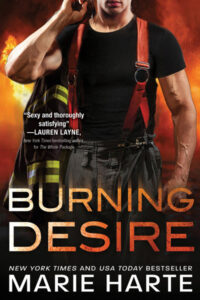 Firefighter Tex McGovern struck out with Bree Gilchrist the first time. And the second…and the third. But when an opportunity arises to escort her around the city on behalf of the fire department, he makes a deal with the devil—her father, his boss. Bree is off limits. Period. But Bree gives him other ideas.

Bree distrusts Tex. The misplaced cowboy is too handsome for his own good. But when she sees him helping people and saving animals with no thought to himself, she starts falling. Hard. Problem—her father will not have his daughter dating a firefighter, and he can and will break Tex’s career. Her new relationship with Tex is hot, but her father’s restrictions threaten to cool them off completely.

When it comes to a career versus the heart, what’s a cowboy to do?

The second in the hot contemporary series Turn Up the Heat.

Tex finished off his margarita and decided to slow down. “I’m with you though. This thing was good but way too strong.”

“It’s the tequila.” Reggie nodded. “We should go work out and burn this off.”

They turned, and Tex saw what Brad meant. A group of six women wearing feathery boas and a mishmash of headbands showcasing tiaras and one set of demon horns had gotten into a verbal altercation with three large, aggressive men.

Tex could hear the suggestive comments across the bar from the three guys, and as if that weren’t bad enough, the bouncer was dealing with two of their friends as well.

“Ah, hell.” Tex decided to take one for the team. “I’ll do it. Brad, you got into trouble last time.”

“By all means.” Brad waved him toward the mess.

“I’ll go along to help if you need it, lightweight.” Reggie smirked.

“This is why no one likes you.” Tex walked through the crowd growing around the troublemaking jocks and bridal revelers. “What’s up with all the noise?” he asked the woman closest to him.

The bride-to-be—who wore a Bride-to-Be sash that hugged her ample chest—was a sexy redhead who looked livid. “These assholes keep trying to take us home. I’m just here with my girlfriends to celebrate my upcoming wedding. Giving blow jobs is not on tonight’s agenda.”

At the word blow job, the bar erupted into whistles and shouts of encouraging men, while several of the women in attendance shouted their support for the bridal party.

“I take it a blow job ain’t a reference for a drink?”

The redhead scowled. “No, it is not.”

Tex turned to the nearest asshole smelling like a brewery. “Look, man, it’s obvious the ladies want you to leave them alone.” He crossed his arms over his chest, saw the three inebriated fools eyeballing his biceps, and wondered if common sense would win out over lust and alcohol, always a poor mix.

The biggest drunk, a beady-eyed, bald guy who seemed the most vocal of the bunch, shook his head. He either worked out for a living or did some major steroids. He was huge. “Look, hayseed, nobody asked what you thought. Fuck off.”

“Yeah, fuck off,” one of his gym rat buddies seconded.

He turned to see a familiar blond demon. She wore tiny, red horns in her hair and sported a red feather boa.

“This is not going to go well,” Reggie muttered.

“I said get lost,” Bald Guy said again. “Oh, I like red better than white.” He goggled at Bree.

“No, you fuck off,” the bride-to-be said, poking the big guy in his chest. Not exactly a smart move, because the man wrapped his arms around her and tried to get a kiss.

Before Tex could separate them, Reggie was there and shoved the inebriated man from the bride-to-be while steadying her. Tex quickly put himself between Bald Guy’s buddies and the ladies before anyone could even think to grab Bree.

“Fellas, I really think you should reconsider,” Tex advised in a polite voice, his arms loose, his fists clenched in warning. “Because I have no problem putting you down if you don’t.”

Fortunately, they seemed to have more sense than their friend. They took a good look at him, at Reggie, then at their friend swaying on his feet and swearing, and left.

“I could have taken him,” Bree said, breathless, as she adjusted her horns.

“My name is Bree, Romeo, not darlin’. Or don’t you remember?”

She was talking to him. He felt light-headed with joy. “I—”

A scuffle sounded behind him. When he turned to investigate, he saw Mack muscling Bald Guy to the floor, facedown, jerking the drunk’s arm behind his back.

Reggie held his hands up in surrender. “It’s all Mack. I’m just here looking out for the lovely lady getting married soon.”

“Aw, aren’t you cute.” The bride-to-be had a hold on Reggie’s thick forearm and watched him with adoration.

Tex grinned and said to Mack, “Go for it, MP.” Take the military out of the cop, but you can’t take the cop out of civvy life.

Mack sighed. “That’s SF, for Security Force. I was Air Force, not a damn… Never mind.” He turned to the crowd. “Can someone get the cops over here?”

“Already on it.” The bartender gave a thumbs-up, his phone at his ear.

“I just wanted the demon, to be honest,” Bald Guy was slurring from the floor. “But the bitchy bride would have been okay too.”

She’s my demon. Tex glared at the dick on the ground. “Want me to hold him till the cops come?”

Mack shook his head. “Hell no. We are not having any more trouble. We are here to drink and find women. Period.” He smiled at the crowd gathered around them. “Anyone free for a beer?”

The bar erupted in cheers as many congratulated them for stepping in. Then talk turned to them being firefighters at the new station.

Tex had been watching Bree, wondering if she’d try to make a break for it before letting him talk to her. As she started to edge away with her friends, he planted himself like a tree in front of her. “Hey, Bree. Can I talk to you for a sec?”

“If you don’t want him, I’ll keep him busy,” a sexy woman with a sparkling, pink tiara offered.

Bree gave him a disdainful once-over. “Trust me, he’s no good for you.”

Bree dragged him away before he could finish his sentence, into a quieter area apart from the fracas.

She planted her hands on her trim hips, and he couldn’t help noticing her nails matched the horns poking through her honey-blond hair. “Okay, Tex. What do you want?”

He felt suddenly tongue-tied, unable to speak as he drank her in. Damn, but she was pretty, her hair loose and flowing down her back, jeans painted on, T-shirt clinging to her curvy top. The woman was just so tall and toned. Her light-blue eyes shot sparks as she watched him watching her, and he thought the devil horns appropriate.

“Sorry,” he said, not meaning it. “But you are rockin’ that outfit.”

“I want a chance. What happened last time wasn’t my fault.”

“Darlin’—Bree,” he hurried to correct, “I’d broken up with Vanessa two months before we went to dinner. I swear.” He crossed his heart, pleased to see her looking at his buff chest. But that didn’t seem to impress her enough. She still looked annoyed. “She was stalking me online, so I blocked her. Then she followed me to dinner! That ain’t right.”

He swore her lips curled into a smile before they flattened. “Okay, so you’re not a cheater. You’re still a firefighter and serial dater.”

“Hey, I never lied. I told you that before we went out.” He frowned. “But you never mentioned who your dad was.”

“Because I didn’t want anyone using me to get up the ladder. You know, in the fire department?”

“Ha ha. Ladder. Funny.” He did his best to keep his gaze on her face and not her heaving breasts. Because the girl was breathing pretty heavily, and only a dead man wouldn’t notice. “Come on, Bree. I like you. I mean, we connected when we were messaging and talking on the phone, right? I like your looks, sure. You’re gorgeous. But you made me laugh, and I thought you liked me.”

“I did,” she grudgingly conceded.

“Then why not go out for a real date?”

“With your photography. I know.”

“Stalk much?” She raised a brow.

He flushed. “Nah. I just… I looked you up after I found out your name. Same as you did me. Trust me, dating you would not make me popular at the station. I just want to be with you, not your dad.”

“I… Wait.” He scowled. “Nope. We aren’t gonna just have sex.” He felt his face heating and had no idea why, though she seemed fascinated by his discomfort. “Damn it. I just want a chance to get to know you. Is that wrong?”

“I guess not.” She still didn’t seem sure of him. “We can try again next week, if you want.”

Her slow smile mesmerized him. “Okay. I’ll unblock you on my phone and message you the details.”

“Perfect. See you then.” 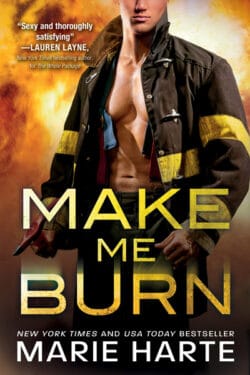 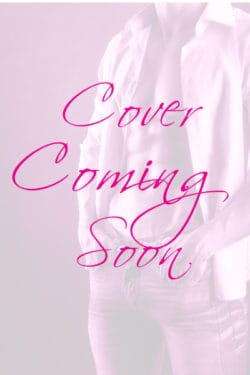