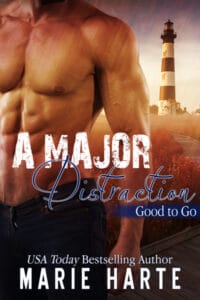 An unexpected show from her annoying neighbor…
has Genevieve rethinking her lack of a love life.
Until the aggravating hottie next door and her new coworker are one and the same. What’s a girl to do?

Major Brad Cava has watched his siblings fall in love. He tried marriage once—it didn’t take. He’s not looking for love, just some fun with women who know the score. But no matter how good Genevieve St. James looks, the sarcastic bombshell is off-limits.

Genevieve has no idea why the annoying Major Cava is always on her mind. When she inadvertently catches her new mystery neighbor with his blinds wide open, her thoughts go to Cava, and she realizes it’s time to start dating again. To her mortification, she finds out Cava and her neighbor are one and the same.

They find themselves falling hard for each other. Until something strange happens at work, and Genevieve is blamed for things she didn’t do. Brad doesn’t seem to trust her, and she has to wonder if the love she’s beginning to feel is one-sided.

When the truth comes out, Brad has to has to figure out if he can risk it all again for a woman. Has he learned from his past, or is he doomed to make the same mistakes again with a woman he can’t help loving?

“Hey, Ms. St. James. I put that system change request on your desk,” one of the sergeants said.

“Thanks.” She moved past the Marine to get more coffee. Already noon and she’d been too busy to grab more than one cup. Her caffeine threshold hadn’t been close to being reached.

After filling up, she added cream and sugar, took a sip, and sighed.

“Figures. I’m looking for you and you’re in here goofing off.”

She tensed at the familiar growl. Turning, she pasted a sweet smile on her face. “Major Cava. What a lovely surprise.”

To her bemusement, he smiled instead of frowning at her. That was a new one. “You know, St. James, if you were less of a miserable perfectionist, we might just get along.”

“Funny how the thought of us being besties is enough to get me through the rest of my day without killing myself.”

Someone cleared his throat behind her, and she turned to see Colonel Drey standing there with a wide grin on his face.

“Genevieve.” He nodded at Major Cava. “Brad. I need you two in my office in ten minutes.”

“Yes, sir.” Brad grabbed a cup and stared at her.

“I’ll be there, Colonel.” Genevieve nodded, and the colonel left. To Brad, she scowled. “What?”

She stepped aside, brushing by him. She had the bad luck to breathe him in when their bodies touched, and hers went into immediate lust overload. Cava wore some kind of subtle cologne that made her want to lock him in a dark closet and do bad things to him.

Yikes. After seeing that sexy show last night, she blamed her libido for choosing the wrong man to notice.

“What’s that look?” he murmured as he poured himself coffee.

This close, she could see his eyes weren’t a dark brown, but an amber. Like whiskey—sharp, strong, and with bite.

“Just curious as to what you wanted.”

He took a sip of coffee, watching her all the while. Damn the man for having a perfect mouth too. Genevieve had a sudden urge to watch him sip from her.

“Now that’s a loaded question.” He held up a hand. “Before you report me to HR for harassment, I should tell you I want you…to fix the problem I identified last week.”

She frowned. “I thought Marcy had already taken care of that.”

“Marcy? Oh. Well…” He looked uncomfortable, which surprised her.

Before she could ask him anything more, he darted around her. Then she remembered a piece of gossip she’d tried to ignore not long ago. Apparently Marcy and Major Cava had dated a time or two long before Genevieve had arrived on station. Though their courtship hadn’t lasted, anytime Marcy caught sight of him, it seemed to Genevieve at least, the woman did her best to catch his attention. Nothing more had ever been said about them, and Cava acted with all professionalism and decorum whenever they dealt with each other.

But still… Genevieve never had that kind of problem because she didn’t dally where she worked.  Kind of hard to have a problem when you never dally anywhere, her annoyingly honest conscience reminded her.

With a sigh, she grabbed her coffee and returned to her desk. After seeking out one of the sergeants to fix another problem in record time, she hotfooted it to the colonel’s office.

And her aggravating day went from bad to worse.

As if thinking about him when she shouldn’t wasn’t bad enough, now Genevieve had to work on a project with him?

As she drove home after her worst day at work since arriving in Camp Lejeune, North Carolina, she realized she recognized the SUV in front of her. The dark blue vehicle belonged to the man burrowing under her skin like a tick. Major Cava drove over the speed limit all the way…home?

He parked next door to her, and she pulled into her driveway blocked from his view by her house. She parked the car and sat, pondering the implications of her knowledge. Naked guy jerking off next door. Brad Cava lived next door. God, let him have a roommate. Please.

Before she could fully fathom how bad it would be to have him living so close, he pulled open her door. “Were you following me?”

She stepped out of her car and had to push his chest to get him to move back. Again, unfortunate that he smelled like sex and temptation. And now she knew his chest felt like iron. So not helping her tone down her attraction. “I happen to live here.”

His eyes narrowed. “When did you move in?”

She prayed her cheeks didn’t look as hot as they felt. “Yesterday.”

“The electricity was powered back on today. Made it hard to move around last night, so I slept downstairs on my couch.” Oh yeah, totally not anywhere near that upstairs window watching you pleasure your fine self.

He seemed to relax, and then he grimaced. “You’re my new neighbor?”

Insulted by his reaction, she glared at him. “If I’d known you lived next door, you can bet I’d have passed on the lease.”

“You can’t be any worse than the last guys, I suppose.” He sighed. “Just keep the noise down and have your boyfriends park in your driveway, not in front of my house.”

“Why? Does your roommate need the extra space?” Please say yes so I know I wasn’t ogling you yesterday…

“Terrific.” Oh hell. Her lust skyrocketed, and her ability to be distant around the man threatened to crash and burn, big time. 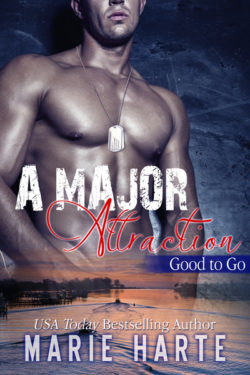 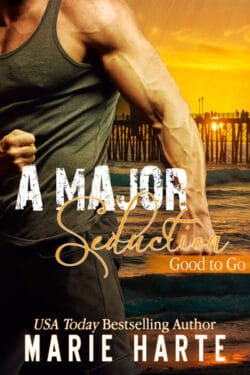 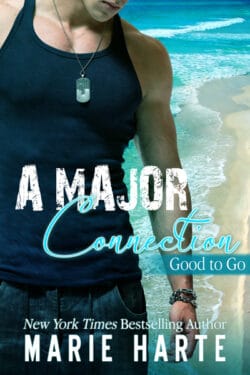