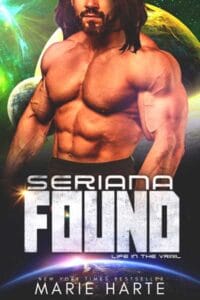 A notorious pirate known for his ruthless tenacity, Abjon Afier wants one thing and one thing only–Seriana Blue. For years he’d coveted his captain’s beautiful daughter, but he had work to do before he could claim her.

He bides his time, but before he can state his intentions, the stubborn woman flees into the dark recesses of space. Nothing, not peacemakers, slavers, or her infamous father, will stop him from getting what he wants.

As if surviving illegal piracy, scientific experiments gone awry, and the slave trade weren’t enough, Seriana Blue now had to evade yet another smuggler asking too many questions.

After so much planet hopping, she thought she’d found the perfect spot here on Aflera, a vacationer’s paradise at the height of tourist season. An upscale resort, a new disguise, and a new job as an independent cook—what could be more perfect? It had been an ideal spot to hide from trouble, until this past week.

“You look an awful lot like the woman on this vidscreen.” The wiry man blinked at her from his good eye, studying the image on his palm-sized vidscreen as he compared it to her clever if fading disguise.

Looking down at the image of herself only a year ago, she felt as if she’d matured well past the age of twenty-six. Her head ached, her eyes were dry from fatigue, and her hands, once smooth and creamy, were now cracked and dry from rinsing too many meal trays.

Yet she wouldn’t trade a day of any of it.

Speaking slowly in Afleran, she angled closer to the persistent smuggler and thrust her bosomy chest towards him, hoping the sight of her padded flesh would distract him. She breathed a small sigh of relief when it did.

“Like a touch, would ya?” she asked coyly, leaning closer. Her breasts brushed him and she heard him swallow greedily. He dragged a dirtied hand across her chest, lingering over the pert, crimson nipples peaking over the ragged neckline of the dress she wore. Grinning broadly and profoundly grateful to Racnar’s synthetic prosthetics, she winked. “How can you think to compare this prized flesh,” she paused to fondle her left breast, “to that scrawny thing on your vid?”

The man licked his lips and shook his head, no longer looking at his vidscreen. With a ragged laugh, she took his hand from her breasts and put it back at his side.

“I’m not sure why you’re looking for this girl, but it can’t be good now, can it?” What new story had Abjon concocted to justify his pursuit?

“Ah.” He shifted, adjusting his trousers with a less than circumspect movement. “All I know is the girl is worth a lot of beks, scrawny or no.” He smiled, his teeth as black as his boots. “Not that I don’t agree she could use more flesh, to look more like you.”

Seriana stifled a snort. She currently looked as though she weighed twice her actual body weight. In the old picture he carried she’d sported her share of curves. “Such flattery will get you a fasun pie, sure as I can swim.”

He blushed with pleasure, stammered a few more compliments, then left carrying the pie in one hand and his vidscreen in the other. The minute he turned the corner from her small cookery, she sagged against the wall.

Hell. This made four seekers in less than a week. She would have to move again. At this rate, she’d soon be facing Abjon, and nothing could fool his discerning, flame-filled gaze.

Her stomach tightened as she thought of him, and she frowned as she returned to her latest recipe for spiced mraun fish. She pounded the thick fillet as she recalled the mountain of muscle chasing after her for the past year. If she were honest with herself, she’d admit it had been a lot longer than a year.

From the first moment she’d met the stubbornly handsome Ragga, she’d felt something in her heart sigh. A mental click, then an emotional tug of war had followed as she realized she felt something for a man as steeped in illegal activities as her father. 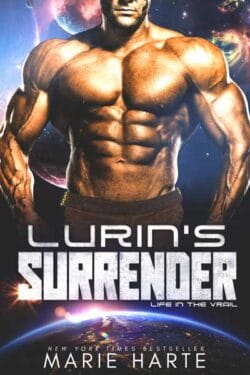 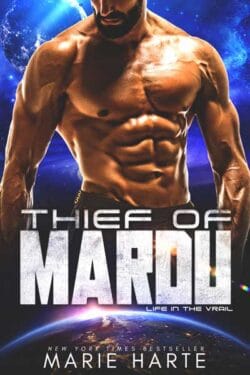 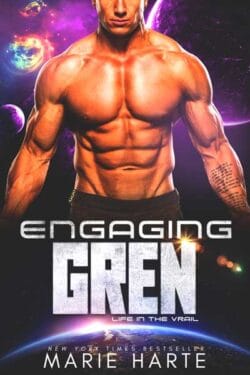