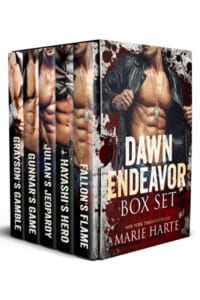 Genetic manipulation has created the first super soldier, the Circ. Able to transform into hulking, inhuman beasts at will, the second generation of Circs, under Project Dawn Endeavor, is much more dangerous than the first. Psychically gifted, the secret four-man team who once worked for the Navy now belongs to the mysterious Mrs. Sharpe. Bent on cleaning up science gone wrong around the globe, Mrs. Sharpe sends the men of Dawn Endeavor out on behalf of the United States government.

But there’s more to her agenda than patriotism. Maybe even…matchmaking?

If only the team knew what she really had planned. 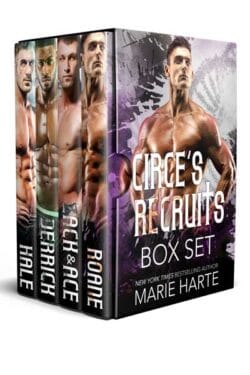