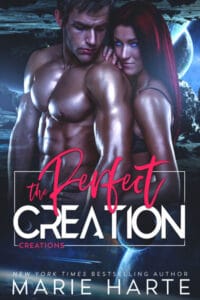 Created to serve. On the run.
Hunted by a warrior who sees beyond the monster to the woman within.
Only love can save her, and only together can they save her family from certain danger.

Knocked out and kidnapped by a beautiful fugitive who’s mistaken him for someone else is enough to turn Rafe’s day from bad to worse. A peacemaker, he’s sworn to uphold the law. But Erin brings out his protective instincts, as well as the mating urges he’s thus far in life been able to deny. When he learns this special woman is a Creation, an abomination in the eyes of the System and one that is to be terminated on sight, Rafe doesn’t just bend the rules, he breaks them. Now he just has to convince Erin his love is real.

“There you are. I’ve been waiting.” The man who stood from behind an oversized, ornate desk was nothing like what she’d been expecting. Yes, he had measuring, unforgiving eyes and a full-lipped smirk. He wore danger like a second skin, the menace inherent in his character there to see. Yet the sheer beauty in this Mardu male took her by surprise.

Cheltam had shoulder-length, dark-brown hair pulled back in a neat tail. His face was narrow, filled with masculine planes and lines that hinted at a rough life. His nose was strong, his chin square and hinting at stubbornness. The stark cheekbones and exotically slanted eyes made her think of a jungle cat’s—golden and mesmerizing if one stared too long

“Cheltam.” She waited, wanting to hear him acknowledge his name.

“In the flesh.” His gaze wandered over her. “All covered up I see. Smart.” He nodded. “You’re worth a pretty bek to the folks at Blue Rim. Not sure if it’s really because you’re stirring up trouble with science or not. Obviously, interference in the scientific process is a criminal offense. But you must have seriously interfered with something big to be worth a hundred grand.”

“Wheller had said you were a man who could help.” She wanted to smack the arrogance off his handsome face. Instead, she trembled and shrunk smaller. “Why won’t you help me?” Calling on the helplessness she’d felt all too often during her short life, she willed tears to her eyes. By the blessed suns, she managed to squeeze one over her left lid.

Dreyk homed in on the tear trailing down her cheek and frowned in what looked like concern.

Cheltam didn’t budge. “Nice try, but—”  Dreyk coughed at the same moment and offered her a cloth to wipe her eyes.

Cheltam, dammit, was too far away to take down with Dreyk. But she feared if she waited much longer, they’d bring in reinforcements. When Dreyk shoved the cloth at her again, she slowly reached out a hand.

In seconds, she’d taken the cloth, and Dreyk, to his knees. A wrist lock kept him down while she pinched the nerves on his neck, at a spot at the base of his skull, to knock him out. As he tumbled to the floor, she crouched before shooting into the air, meeting the blow Cheltam aimed her way. She saw his eyes widen as his fist met her open hand.

Good, she’d surprised him. But that wasn’t all she meant to do. Whipping her glasses off, she shocked him anew with her eyes and used that short moment of inattention to cuff his chin. The blow knocked him back enough that she could use what she knew of the Mardu to her advantage. Clamping one hand on his wrist and another to his thigh, she tugged on the inner bands of his feralis nerves and took him to blessed unconsciousness.

The damage she’d done to both men would keep them out of it for at least half an hour if not more, enough time for her to scout the place, find some restraints, and then convince Cheltam that he’d be helping her, one way or the other. 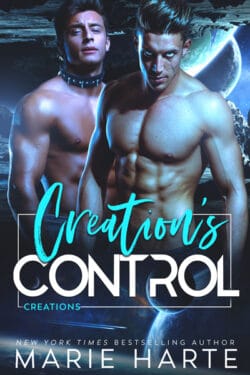 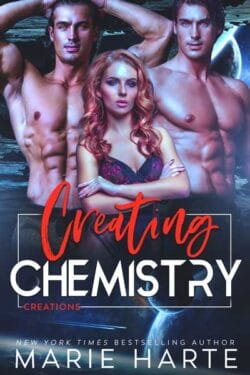 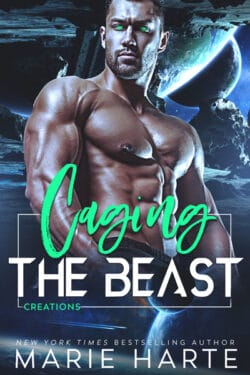 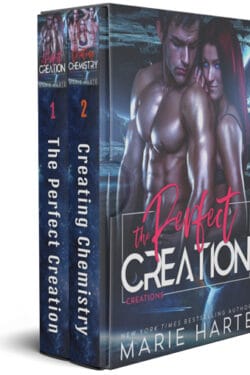 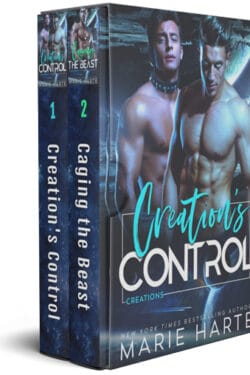