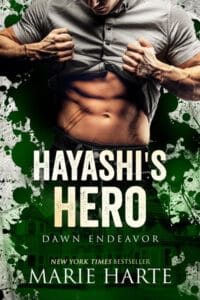 Genetic manipulation has created the first super soldier, the Circ. The second generation of Circs, able to transform into hulking, inhuman beasts at will and psychically gifted is much more dangerous than the first. Under Project Dawn Endeavor, the secret four-man team belongs to the mysterious Mrs. Sharpe who is bent on cleaning up science gone wrong around the globe on behalf of the United States government. But there’s more to her agenda than patriotism. If only the team knew what she really had planned.

Kisho Hayashi lives in two worlds. Reality as he knows it is a team of men closer than brothers, Circs he would die for, Circs he would kill for. But in dreams and waking wisps of potential tomorrows, Hayashi is haunted by a single male face that confuses and worries him. He’s a trained weapon, comfortable in the beast that lives within his soul. But for a man who sees snatches of the future, he should know better than to think he can outrun his own destiny.

“Kisho, Gunnar, Jesse.” Mrs. Sharpe nodded and smiled. “You made good time. I didn’t expect you back until later today.”

“Fallon was lovesick so we took pity on him,” Tersch said with a straight face.

“She didn’t get much off the mercenary Miguel brought us. Those two left before you arrived. Olivia’s currently with Jules and Ava entertaining the newest member of our team.”

Kisho and his friends froze.

“Excuse me?” Kisho asked, feeling not at all well. A psychic flare of change settled into his bones like a virus.

“We need all the help we can get tracking down Colonel Montaña. So I brought in a tracking expert. He knows Spanish and Portuguese –”

She ignored Kisho’s interruption. “– and he knows how these men work, since he used to be a mercenary.”

Tersch huffed. “Great, Alicia. Why not put out an ad in the paper and ask for guns for hire?”

A look from her and he glanced away, stiff and unyielding, until Ava entered the foyer.

Kisho found it interesting that Ava spent as much time not looking at Tersch as he spent staring at her, not that Kisho could blame him. Ava had the face of an angel and the body of a centerfold. She had to be the most beautiful woman he’d ever seen. Light mocha skin, hazel eyes more green than brown, with a pert nose, high cheekbones, and thin brows that arched when she spied Tersch.

A hint of a smile played about her lips, and Kisho heard Tersch’s low groan.

“And you call me lovesick,” Fallon muttered before leaving the group yelling for his mate.

Not mate, wife. Kisho reminded himself to think in human terms, not the way his beast did. The animal inside him sought a mate, but the man inside him preferred a partner.

Tersch took off after Ava, who said something about getting his laundry for him in a voice too sweet to be trusted.

“So much for a pleasant introduction to the entire team.” Mrs. Sharpe sighed and held out her hand. “Kisho, I can always count on you for manners.”

“Yes, ma’am.” Drilled into him by first his father, then the navy, Kisho thrived in the world of niceties and expected behavior. So unlike his formative years spent foraging in the slums of Okinawa. Burying the unwanted memory, he placed Mrs. Sharpe’s thin hand in the crook of his elbow and walked with her to the open living room.

The mansion where they lived, courtesy of the government, boasted close to fourteen thousand square feet. Two floors, a gymnasium, pool, greenhouse, and underground lab were just some of the amenities provided for them as a reward for the life-threatening missions they worked.

Kisho especially liked the open floor plan. The kitchen had more counter space than most restaurants. Melissa, their cook, often prepared their meals on marble countertops and served their dishes either at the massive kitchen counter, bordered on one side by stools — where they normally congregated to eat — or at the long oak table that could easily seat a dozen people.

Beyond the counter sat a spacious living room, complete with a sectional sofa, plush, high backed leather chairs, and a wide screen television and media center. Off the living area the poker and pool tables completed the space’s functionality as a place to relax. A fireplace bordered one end of the room, and at the other end a set of French doors led into the outside garden, where he spent a good deal of his spare time meditating and trying to capture an inner peace that often eluded him.

Olivia and their new hire sat with their backs to Kisho and Mrs. Sharpe. Kisho couldn’t see any more of the merc than a hint of dark hair just visible above the chair. Fallon stood with a scowl by Olivia’s side, clearly irritated. Jules sat across from them on the couch, his expression intent. When he caught sight of Kisho, his face lit up.

“Finally. What the hell took you so long?” Jules stood and crossed to greet him. “Fallon’s being an ass. I could use the head of reason by my side.”

Mrs. Sharpe took her hand from Kisho and patted his shoulder. “So nicely mannered. You should teach Gunnar a few lessons.”

“No shit,” Jules muttered when she moved out of earshot.

Then again, Mrs. Sharpe saw and heard all. Who knew what the hell her limits were.

“Where were you?” Kisho asked.

“Busy entertaining our newest team member,” Jules muttered. “He’s an asshole. I don’t like him already.”

A snort of deep, male laughter came from the individual next to Olivia. The one Kisho couldn’t see but felt like a bad rash.

Spikes of anticipation filled him, and Kisho had a terrible feeling, deep in the pit of his gut. “You know, I’m not feeling so good –”

Jules latched onto his arm. “Uh uh. I gotta be here, you gotta be here. Come on. Might as well get it over with.” Jules pulled him around to face the ex-mercenary still seated in the chair.

Kisho started his inspection at the bottom and worked his way up, putting off the inevitable as long as he could. The merc crossed his huge feet at the ankles. He had long legs, a flat belly and broad chest.

Kisho’s heart raced, but he continued his scrutiny, past thickly muscled arms, visible under the rolled up sleeves of a flannel shirt, until he found himself transfixed by familiar lips.

Full and firm, a muted red, and quirked with amusement. That quirk patronized, annoyed, and intrigued him to no end.

“Meet Morgan Reynolds. Reynolds, this is Kisho Hayashi, another member of Dawn Endeavor, and my demolitions man,” Jules said by way of introduction.

Bright green eyes blazed with an unfamiliar expression that made Kisho want to run.

But that instinctive fear caused him to curl his toes and stand tall. He glared down at the male until Reynolds stood. Then they stared at one another. To his surprise, Reynolds was huge. He stood an inch or two taller than Kisho.

Reynolds’s smile faded. “Kisho, pleasure to meet you.” He held out a hand.

To refuse to take it would be the soul of discourtesy.

Kisho thought a split second about refusing, shored his nerve, and reached out. The minute their hands made contact something shifted inside him. A flare of recognition burst in Reynolds’s green gaze, and his eyes darkened.

“Call me Morgan.” A deep voice, firm, yet filled with warmth.

Kisho didn’t like him. He turned to Jules. “When are we debriefing?” Unfortunately, he glimpsed Olivia’s curiosity directed his way. Terrific. With his luck, she read his unease as well as his attraction, and she’d no doubt share her findings with Fallon.

Mrs. Sharpe answered with a frown and glanced from him to Reynolds, as if warning him to behave. “Be at the conference room in an hour. Oh, and Kisho, would you mind showing Morgan around on your way upstairs?”

“I’m going outside.” He’d intended to go upstairs and lay down in his room, to soothe his growing headache. Now he had a sudden need to see the garden again.

“Perfect. You can show Morgan the evergreens before you go upstairs. His room is right next to yours.”

Kisho clenched his jaw and glanced at Jules, who looked no happier at the announcement. What the hell was Mrs. Sharpe thinking inviting a civilian to join their team? Olivia at least, was Circ. She fit Fallon to a T. But she didn’t accompany them on missions, and she had no problems submitting to her mate and to Jules. This man would demand to be in charge and included, Kisho just knew.

He turned on his heel. “Come on,” he growled but didn’t look behind him to see if Reynolds followed. Because the way his day seemed to be progressing, he’d just found a new shadow, one he had a feeling that would be hard to shake. 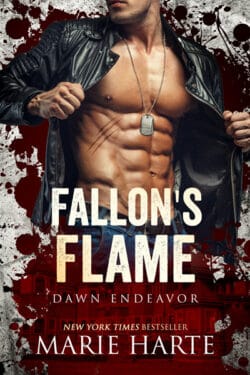 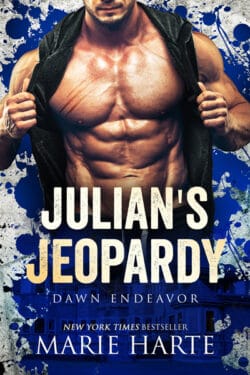 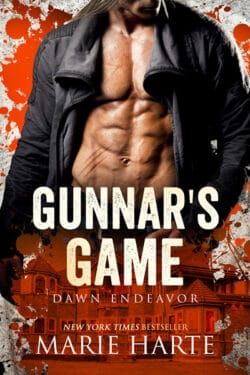 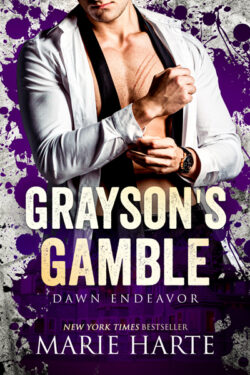